That in-and-of-itself is reason enough to want to be rid of migraine headaches. However, there is a more important reason. Over the past ten years, studies have shown that people that suffer from migraine headaches have a significantly increased risk of major cardiovascular disease and stroke as they age.

In fact, compared to controls, studies reveal that migraine sufferers have:

This begs the question – WHY?!

The exact mechanism is unknown and currently being investigated.  Therefore, let’s use current knowledge as our guide. Most strokes or heart attacks happen by one of two mechanisms:

Now let’s look at how these relate to the mechanism of a migraine. During a migraine a person experiences extreme constriction of the blood vessels followed by rapid dilation.  Constriction of the blood vessels is akin to having them clamp down on themselves; it’s the difference in diameter between having a long skinny balloon blown up versus empty.

Now imagine that a blood clot is traveling down that blood vessel. During dilation, that blood clot is much more likely to travel further and further into the brain or heart into the smaller and smaller blood vessels, which can choke them off and lead to a heart attack or stroke. During constriction, that same blood clot could easily get caught in a large blood vessel, causing a massive shortage of blood to a larger portion of the heart or brain.

In addition, after years and years of migraines, the stress of repeated constriction and dilation of the blood vessels can cause them to weaken. Think back to our balloon analogy – how many times can you blow up and deflate a balloon before the balloon pops? The same is true of your blood vessels; after a lifetime of dilation and constriction, the blood vessel walls can weaken, greatly increasing the risk of a hemorrhage, which can cause a stroke or a heart attack. 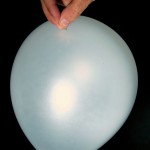 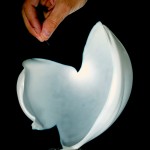 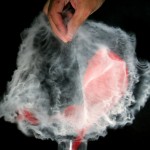 Thus, the real reason we want to eliminate migraine headaches is more than just to eliminate the pain and improve your quality of life; it’s to reduce and eliminate your risk of major cardiovascular disease and stroke and significantly increase the quantity of your life!

Call us at 866-888-6721
Email us at info@naturalsolutionsforahealthyyou.com